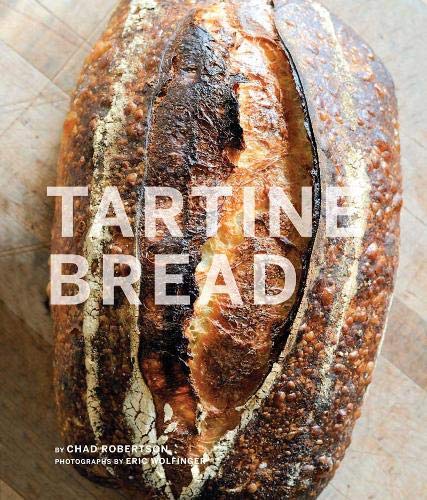 A master formula for basic bread with many variations forms the backbone of the book, which also includes yeasted breads and recipes for sweet and savory foods made with days-old bread. Chad’s mastery of breadmaking and work with great artisanal bakers in the United States and France, in addition to his philosophy of baking, are features of this book. SALES HANDLE: This is the follow-up to successful Tartine, concentrating on the bakery’s legendary bread, from some of the celebrated breadmakers in america., ** Chad is Jesus in breadmaking circles, and Tartine’s bread is celebrated in media. Serious breadmakers will want this book for their collection,a nd we’re sure to get quite a lot of attention for the Chad’s method. ** A cometitive title, Jim Lahey’s My Bread, associated with Sullivan Street Bakery in New York City, has come out of the gate with good sales and tons of media coverage., Similarities betweent he books include: high-profile artisanal baker creator, slow rise fermentation method and endorsement of Mark Bittman. ** Tartine has sold over 40,000 copies since it was once released in 2006. It is very well-reviewed by media and users (such as on Amazon)., Lovers of Tartine will want Tartine Bread. ** Chad and Elisabeth are major players on the SF food scene and have a national platform as a result of the popularity of Tartine Bakery (and cultural resonance of SF food). They are well-connected in the both the restaurant and artisanal food producer communities.
New
Mint Condition
Dispatch same day for order received before 12 noon
Guaranteed packaging
No quibbles returns