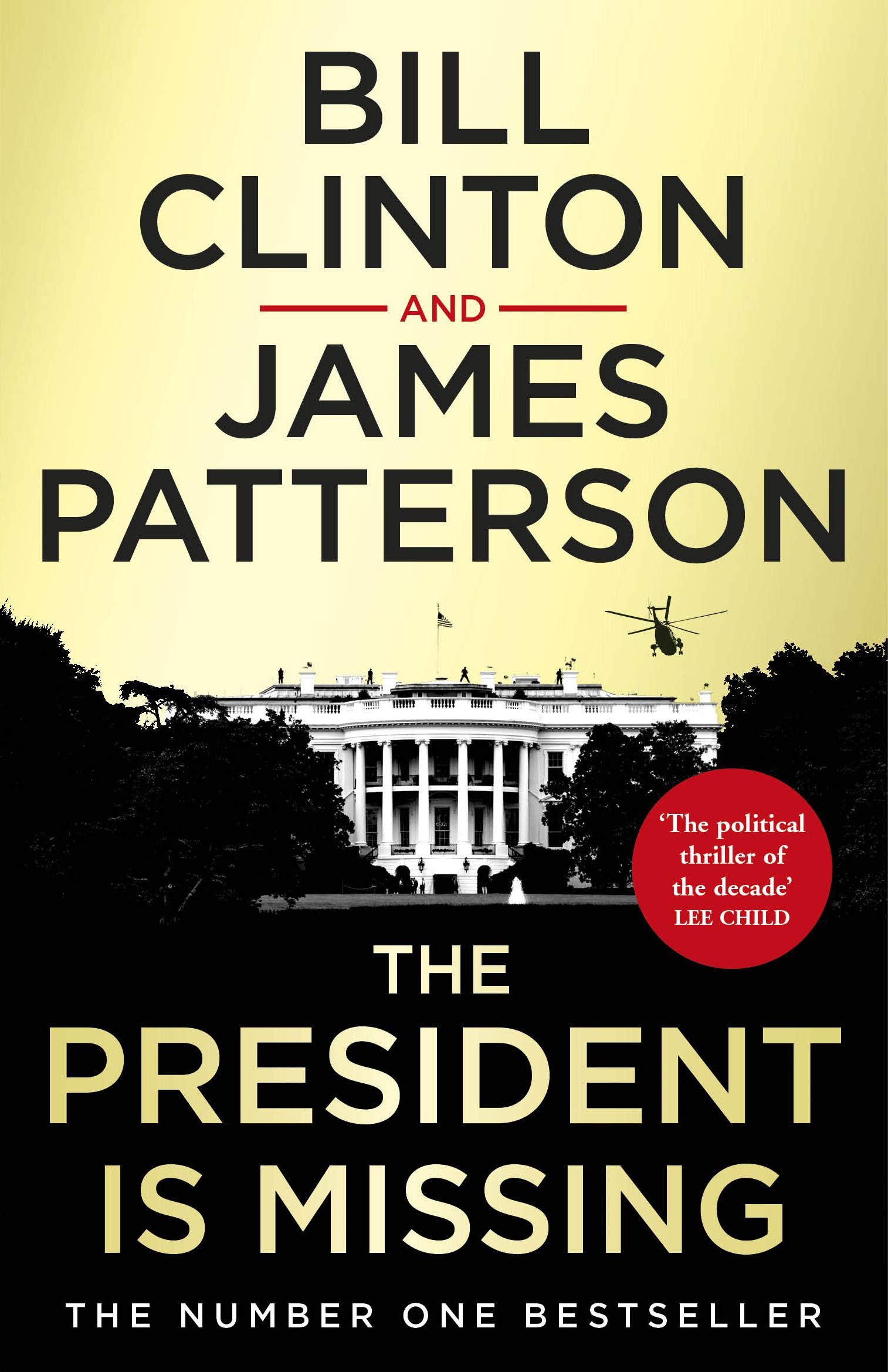 The President is Missing: The political thriller of the decade

‘The dream team delivers big time … Clinton’s insider secrets and Patterson’s storytelling genius make this the political thriller of the decade.’ – Lee Child ________________________________ The President is missing. As an unprecedented cyberterrorist attack cripples the United States, the President must face an unthinkable truth: There is a traitor in his Cabinet. His life is in danger. And the only way to stay ahead of the shadowy forces tearing at the heart of America is to go off the grid, leaving at the back of his presidential protection. The President must go missing – and he may never resurface… Set over the course of three days that shake a nation to its core, The President is Missing sheds a stunning light upon the inner workings and vulnerabilities of the American government. Filled with information that only a former President could know, this is the most authentic, terrifying thriller in years. ________________________________ ‘A bullet train of a thriller. The Day of the Jackal for the twenty-first century.’ – A.J. Finn, author of The Woman in the Window ‘This book moves like Air Force One. Big and fast.’ – Michael Connelly, author of the Harry Bosch series ‘The President Is Missing is a big, splashy juggernaut of a novel, combining thrills with a truly authentic look at the inner happenings in Washington. I read it in one gulp. You are going to too.’ – Harlan Coben, #1 bestselling author of Don’t Let Go ‘Yes, The President is Missing is fiction – it’s a thriller – but James Patterson and I have come up with three of the most frightening days in the history of the presidency. And it could really happen… At the present time, the seemingly impossible can happen. And it happens so fast. I imagine that readers will not soon fail to remember President Jonathan Duncan and his story.’ – Bill Clinton ‘Remember the fact that, we had some great conversations about the presidency, what life in Washington is really like, and about the state of America and the rest of the world.’ – James Patterson ‘I felt like I used to be right along side the characters for the shocking twists and turns you’ll never guess are coming. Patterson and Clinton have created a truly unique character in their ‘missing’ President. The President is Missing puts the listener inside the White House and inside the mind of a President grappling with extraordinary circumstances.’ – Dennis Quaid on the audiobook of The President is Missing ‘Relentless in its plotting and honest in its examination of issues that strike close to our hearts.’ – Jeffery Deaver ‘A first-rate collaboration from a couple of real pros! Engrossing from page one.’ – David Baldacci ‘vivid, engrossing – and authentically frightening.’ – Carl Hiaasen, author of Razor Girl ‘The President is Missing is more than a thriller – it’s a skeleton key that allows you to inside the head of a U.S. president.’ – Brad Meltzer, author of The Escape Artist ‘From the pens of two American icons comes a political thriller that rocks… a helluva story.’ – Nelson DeMille, author of The Cuban Affair ‘The President Is Missing is heart-pounding, gripping, terrifying… a genuinely masterful thriller. My knuckles are still white!’ – Louise Penny, #1 bestselling author of Glass Houses ‘Marry the political savvy of Bill Clinton with the craftsmanship of James Patterson and you get a fabulously entertaining thriller that is meticulous in its portrayal of Washington politics, gripping in its pacing, and harrowing in its depiction of the perils of cyberwarfare.’ – Ron Chernow, #1 bestselling and Pulitzer Prize-winning author of Alexander Hamilton and Grant ‘Compelling from page one. An unbelievable read!’ – Mary Higgins Clark, #1 bestselling author of I’ve Got My Eyes on You

Be the first to review “The President is Missing: The political thriller of the decade” Cancel reply