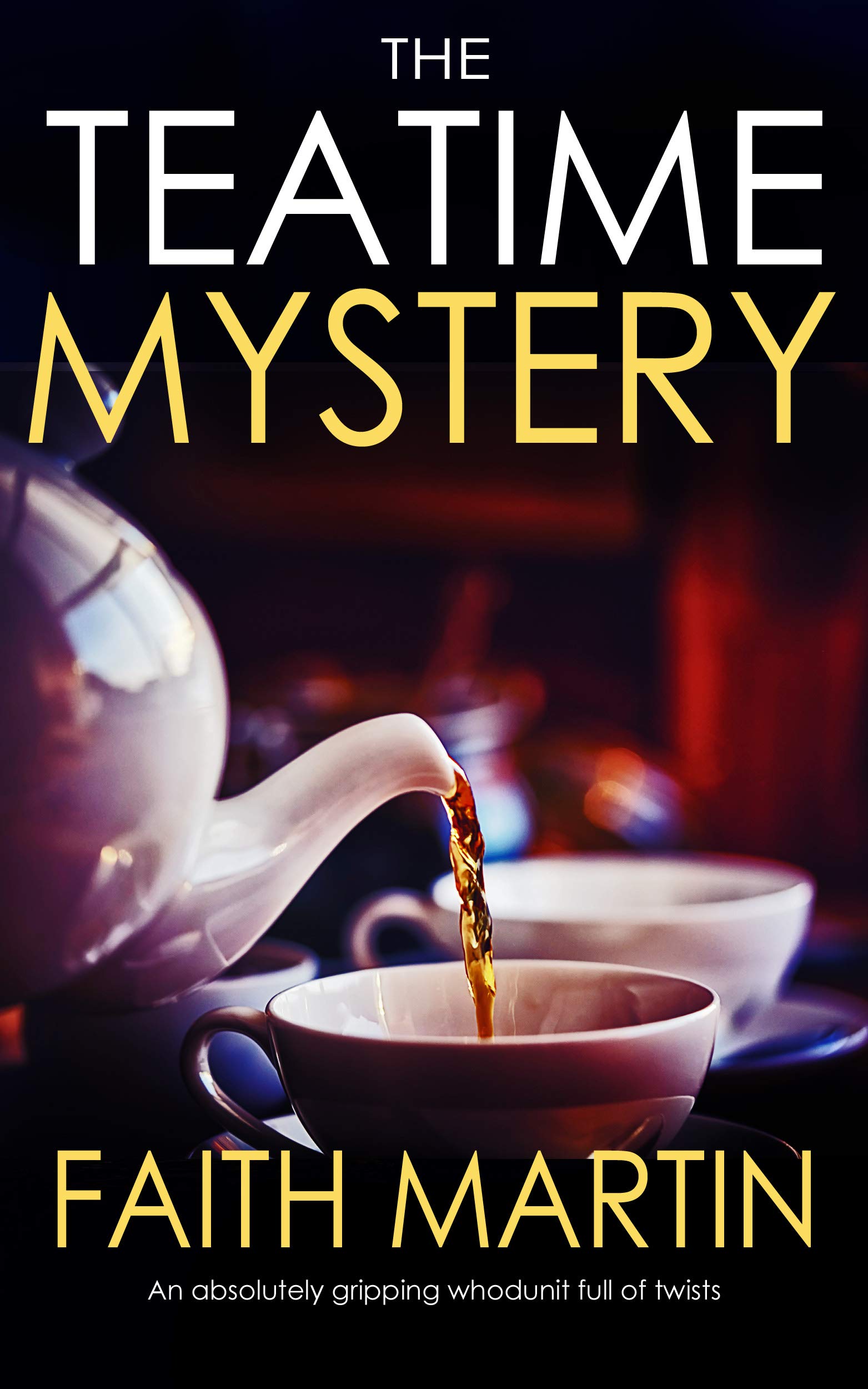 THE TEATIME MYSTERY an absolutely gripping whodunit full of twists

Discover a new series of whodunits by million-selling creator Faith Martin. These charming mysteries will have you scratching your head to work out who the murderer is.

Please note this book was once first published as “JUST NOT CRICKET” under Faith Martin’s pen name JOYCE CATO.

Jenny Starling is doing the catering for the village cricket match. But she’s not expecting one of the crucial players to turn up dead.

Everyone from the village has turned out to watch the match, and with this being the club’s centenary, Jenny Starling has been hired specially to provide her stunning food for the event.

Then the next man up to bat, Tristan Jones, is nowhere to be found. He is discovered in the back of the pavilion, murdered by a blow to the back of the head with an old cricket bat.

The handsome twenty-something had a reputation as a Lothario, with an appetite for married women. Did a scorned woman or a cuckolded husband kill him?

However, he’d annoyed other people too. He was once a stockbroker who took big risks with other people’s money and lost their lifesavings.

Soon another body turns up and Jenny Starling is going to need all her cunning to crack this complex case.

This is the sixth in a series of enjoyable murder mysteries with a great cast of characters and baffling crimes on the way to keep you in suspense to the final page.

What readers are saying about THE TEATIME MYSTERY

“Each book in this series is better than the previous and this one is no exception.” Anna Maria

JENNY STARLING
In her late twenties, Jenny Starling is an impressive woman. Physically, she stands at 6ft 1inch, and has shoulder-length black hair and blue eyes. Curvaceous and sexy, she’s a modern single woman, living the way of living that suits her – that of a travelling cook. Her famous (and now very rich) father, is a ‘celebrity’ cook, divorced from Jenny’s mother. Jenny drives a disreputable cherry-red van, and is happy travelling the country catering events and cooking great food. She is on a one-woman crusade to bring back ‘real’ food. And definitely doesn’t like having to divert her attention from achieving the easiest Dundee cake or creating a new sauce recipe by having to solve a murder. She finds crime very distracting, especially when there is chocolate to temper or pike to poach. However, she is very good at reading people, and with a quick and agile brain, becomes very good at unmasking killers. And her at all times-undaunted sense of humour goes a long way in keeping her sane when all around her people are dropping like flies.

THE AUTHOR
FAITH MARTIN is the best-selling creator of the DETECTIVE HILLARY GREENE mysteries, which have sold over 1 million copies globally in just over a year.