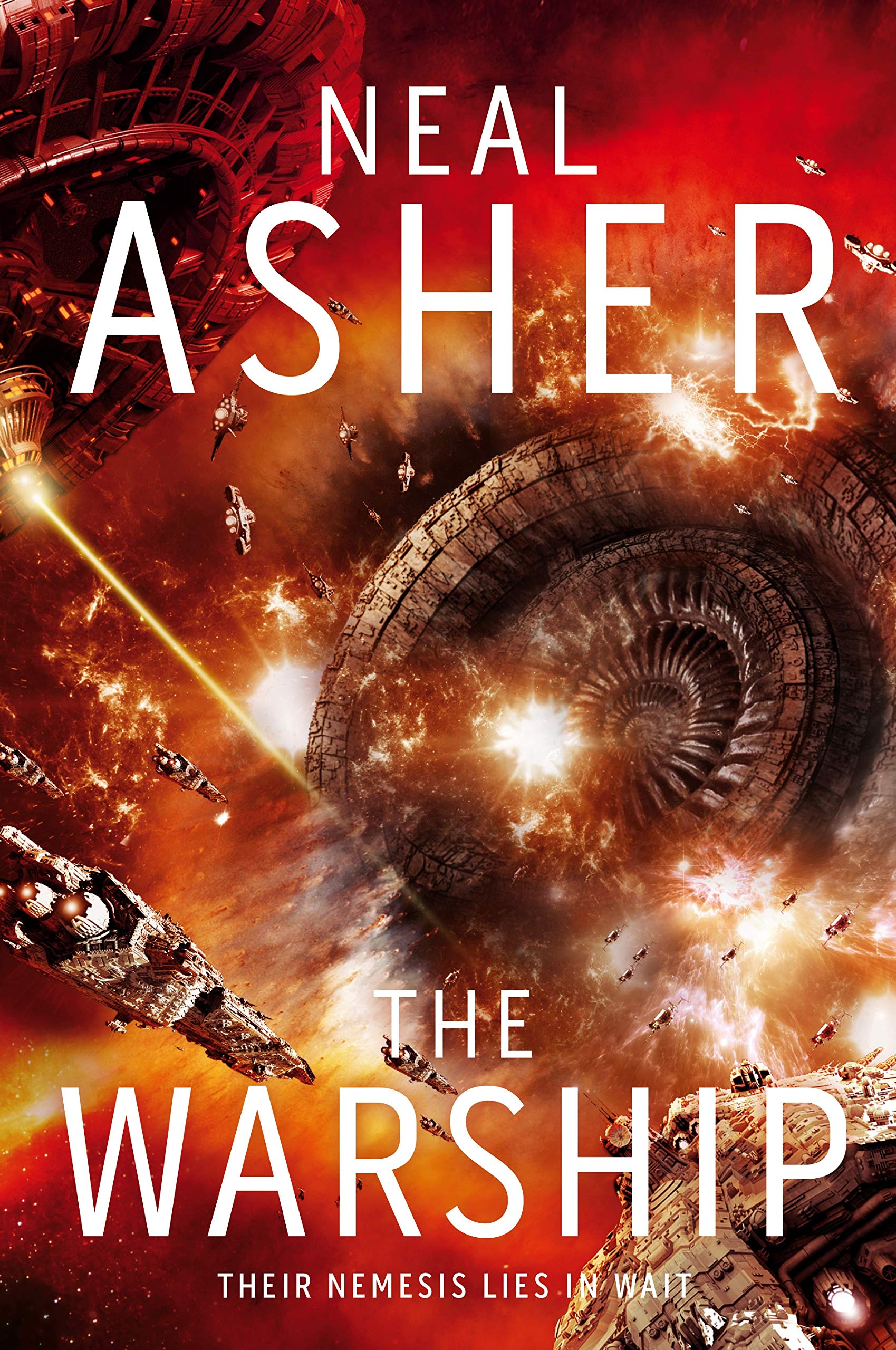 The Warship (Rise of the Jain)

In this second volume of Upward thrust of the Jain, Neal Asher takes us on a thrilling ride into interstellar politics and impending war.

Orlandine has destroyed the alien Jain super-soldier by deploying a real black hole. And now that very same weapon hoovers up clouds of lethal Jain technology, swarming inside the deadly accretion disc’s event horizon. All turns out just as she planned. Yet in the back of her back, forces incite rise up on her home world, planning her assassination.

Earth Central, humanity’s ruling intelligence, knows Orlandine was once tricked into releasing her weapon, and fears the Jain are in the back of it. The prador king knows this too – and both foes gather fleets of warships to enclose the disc.

The alien Client is returning to the accretion disc to avoid wasting the last of her kind, buried on a ship deep within it. She upgrades her vast weapons platform in preparation, and she’ll need it. Her nemesis also waits inside the disc’s swirling dusts – and the Jain have committed genocide before.

The Warship is set in Neal Asher’s popular Polity universe.