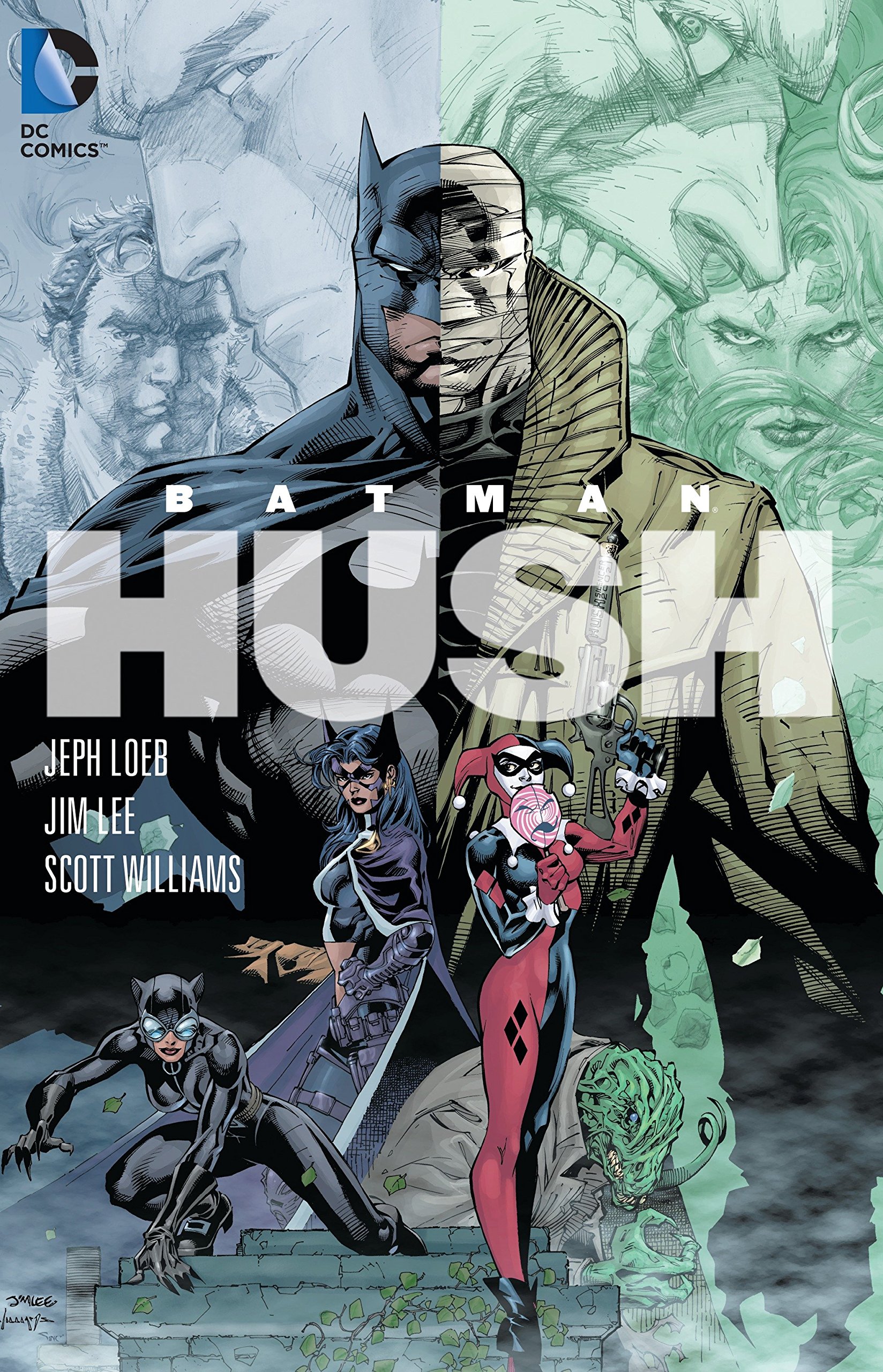 Written by Jeph Loeb Art and cover by Jim Lee and Scott Williams The epic crime thriller that rejuvenated The Caped Crusader is now to be had in one place as a trade paperback! In this story of murder, mystery and romance, Batman sets out on a simple mission to discover the identity of the mysterious villain wreaking havoc in his life referred to as Hush. But Batman ends up facing possibly the most intense case of his life as secrets from his past flood into the present, and the most notorious villains to ever haunt Gotham City’s street attack concurrently!

Guest-starring The Dark Knight’s greatest allies and enemies, this collection features BATMAN #608-619 in addition to the 6-page segment from Wizard #0 and a 2-page origin story that at the beginning appeared at dccomics. From best-selling author Jeph Loeb (SUPERMAN/BATMAN, TV’s Heroes) and superstar artist Jim Lee (SUPERMAN, X-Men) comes the long-awaited collection!

Jeph Loeb is an Emmy award nominated and Eisner award winning author/producer living in Los Angeles. In television, his many credits include Smallville, Lost and Heroes and in film, Teen Wolf and Commando. In comics, he’s best known for his work with the supremely talented artist and partner-in-crime TIM SALE on BATMAN: THE LONG HALLOWEEN, SUPERMAN FOR ALL SEASONS,CATWOMAN: WHEN IN ROME for DC in addition to Daredevil Yellow, Spider-Man Blue and Hulk Gray for Marvel.

Jim Lee is a renowned comic book artist and the Co-Publisher of DC Entertainment. Prior to his current post, Lee served as Editorial Director, where he oversaw WildStorm Studios and was once also the artist for plenty of of DC Comics bestselling comic books and graphic novels, including ALL STAR BATMAN AND ROBIN, THE BOY WONDER, BATMAN: HUSH, and SUPERMAN: FOR TOMORROW. He also serves as the Executive Creative Director for the DC Universe Online (DCUO) massively multiplayer action game from Sony Online Entertainment (SOE). As a part of DC Comics-The New 5
Absolute Batman: Hush
Batman: The Long Halloween
Batman: Dark Victory (new edition)
Daredevil: Yellow
X-Men: Prelude to Age of Apocalypse