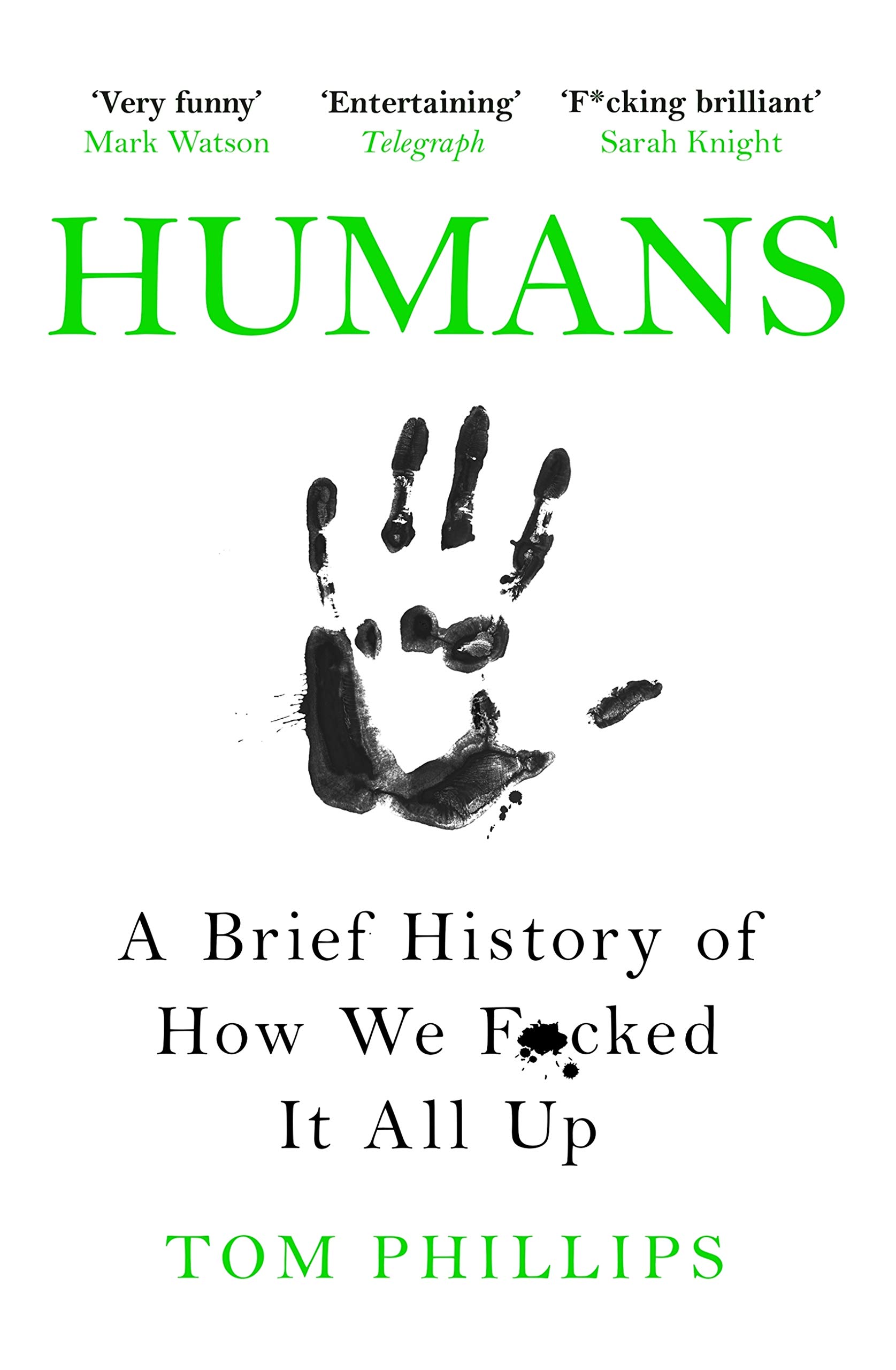 Humans: A Brief History of How We F*cked It All Up

In the seventy thousand years that modern human beings have walked this earth, we’ve come a long way. Art, science, culture, trade – on the evolutionary food chain, we’re real winners. But, frankly, it is not exactly been plain sailing, and from time to time – just once in a while – we’ve managed to actually, really, reasonably unbelievably f*ck things up.

From Chairman Mao’s Four Pests Campaign, to the American Dustbowl; from the Austrian army attacking itself one drunken night, to the world’s leading superpower electing a reality TV mogul as President… it’s pretty secure to say that, as a species, we haven’t exactly grown wiser with age.

So, next time you think you’ve actually f*cked up, this book will remind you: it usually is so much worse…

‘A timely, irreverent gallop through thousands of years of human stupidity’ Nicholas Griffin, Ping-Pong Diplomacy: The Secret History In the back of the Game That Changed the World

Be the first to review “Humans: A Brief History of How We F*cked It All Up” Cancel reply