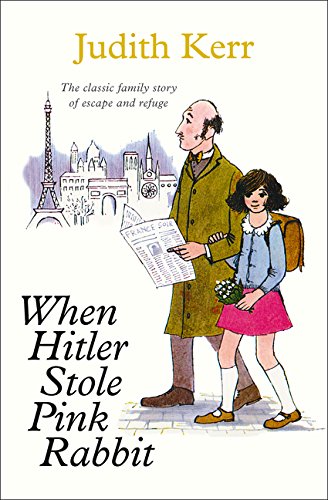 This semi-autobiographical and unforgettable story, of a Jewish family fleeing from Germany before the start of the Second World War, now reissued with its original cover illustration in this very special edition. Michael Morpurgo known as When Hitler Stole Pink Rabbit: “The most life-enhancing book it’s essential to ever need to read.” This internationally acclaimed story of one Jewish family’s flight from Hitler’s Germany has turn out to be a much-loved classic, and has been in print since its debut 45 years ago. Suppose your country began to change., Suppose that without your noticing, it became dangerous for some people to live in Germany any further. Suppose you found, to your complete surprise, that your own father was once a kind of people. That may be what happened to Anna in 1933., She was once nine years old when it all started, too busy to take much notice of political posters, but out of them glared the face of Adolf Hitler, the man who would soon change the whole of Europe – starting with her own small life. In the future, Anna’s father was once missing. Then she herself and her brother Max were being rushed by their mother, in alarming secrecy, away from everything they knew – home and schoolmates and well-loved toys – right out of Germany…
New
Mint Condition
Dispatch same day for order received before 12 noon
Guaranteed packaging
No quibbles returns