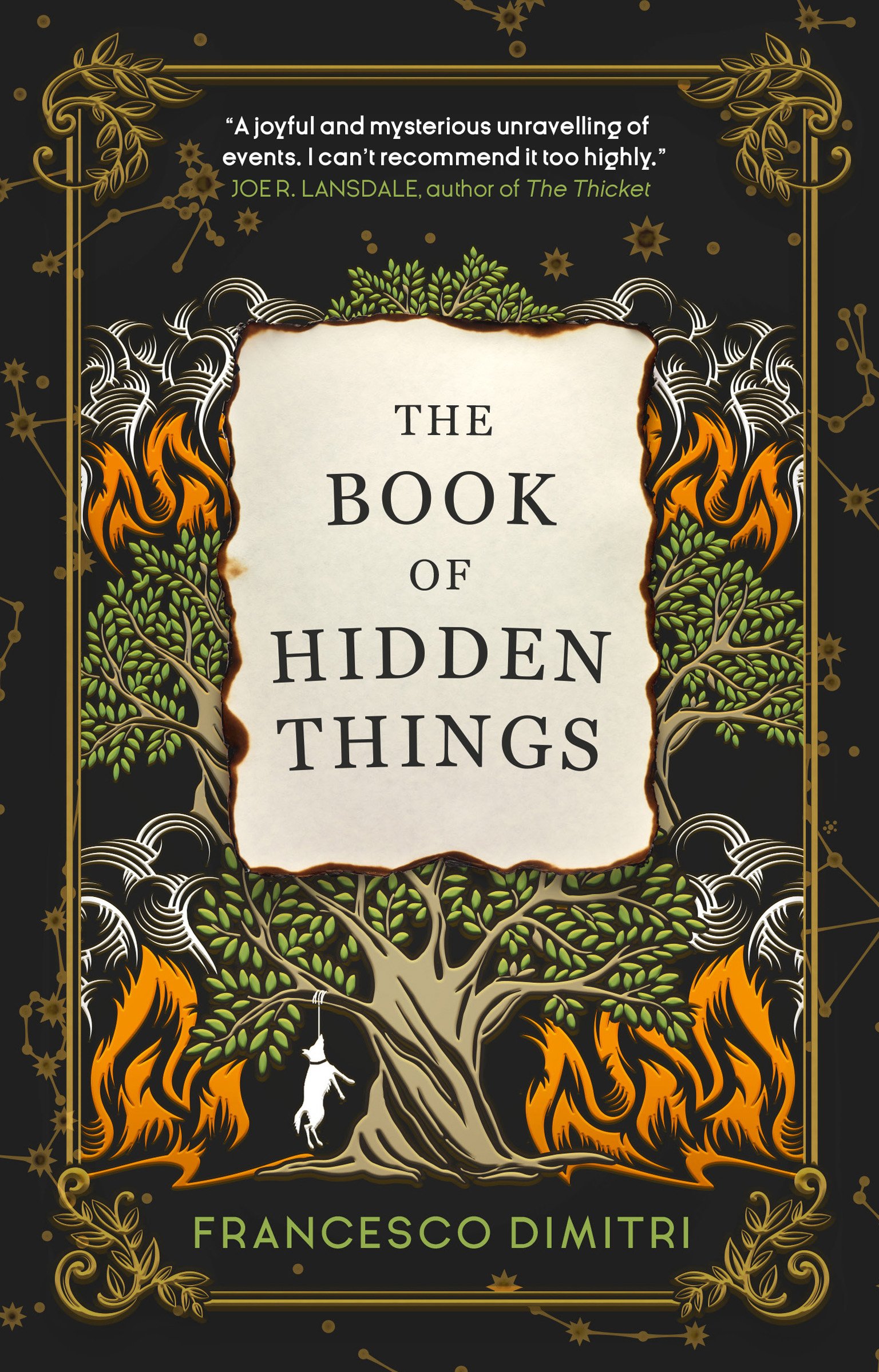 The Book of Hidden Things

From “probably the most significant figures of the last generation of fantasy”, comes Francesco Dimitri’s debut novel in English, an enthralling and seductive fantasy following four old friends and the secrets they keep.
Four old school friends have a pact: to meet up once a year in the small town in Puglia they grew up in. Art, the charismatic leader of the group and writer of the pact, insists that the agreement will have to remain unshakable and enduring. But this year, he never shows up.
A visit to his house increases the friends’ worry; Art is farming marijuana. In Southern Italy doing that kind of thing can also be very dangerous. They may be able to’t go to the Carabinieri so will have to make enquiries of their own. This is how they come across the rumours about Art; atypical and fantastic rumours that he miraculously cured the local mafia boss’s daughter of terminal leukaemia. And some of the chaos of his house, they find a document written by Art, The Book of Hidden Things, which promises to reveal dark secrets and wonders beyond anything prior to now known.
Francesco Dimitri’s first novel written in English, following his career as probably the most significant fantasy writers in Italy, will entrance fans of Elena Ferrante, Neil Gaiman and Donna Tartt. Set in the beguiling and seductive landscape of Southern Italy, this story is about friendship and landscape, love and betrayal; above all it is about the nature of mystery itself.